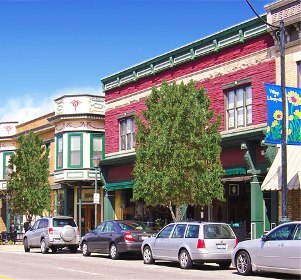 Libertyville’s Streets Committee, under the auspices of its board of trustees, met at 7 p.m. Feb. 23 at Village Hall, 118 W Cook Ave., to address the community’s infrastructure needs.

Bids opened for pavement repair Feb. 4 and were slated for review on Feb. 12, with staff recommending that the contract be awarded to Alamp Concrete Contractors for 2016 and Christopher B. Burke Engineering Ltd. for 2017.

Resurfacing for the area by Fourth, Greentree and Red Top received Phase I approval from IDOT; bidding is scheduled for April 22, with 80 percent of the construction federally financed and 20 percent funded by the village.

An update on establishing a pedestrian crossing with flashing signage -- as well as designating an area located on Route 176 at Dymond Road as a school zone -- is pending processing. IDOT reviews typically take between 60 to 90 days.

Additionally, officials heard updates on the enforcement of sidewalk snow removal regarding residents and businesses and schools.

Traffic concerns along Sunnyside Avenue were discussed, with concerns based on two issues: possible vehicle speeding and car dealerships using the street as a test drive route. More conclusive data is expected at next month’s meeting.

Thanks to an anonymous donation from a resident, an electronic vehicle speed display sign is in the works. Lastly, the committee addressed an item concerning passenger pickup and discharge at the intersection of School Street and Milwaukee Avenue prior to adjournment.

Want to get notified whenever we write about Libertyville Township ?

Sign-up Next time we write about Libertyville Township, we'll email you a link to the story. You may edit your settings or unsubscribe at any time.