GOP candidates prepare for next campaign phase after unopposed primaries 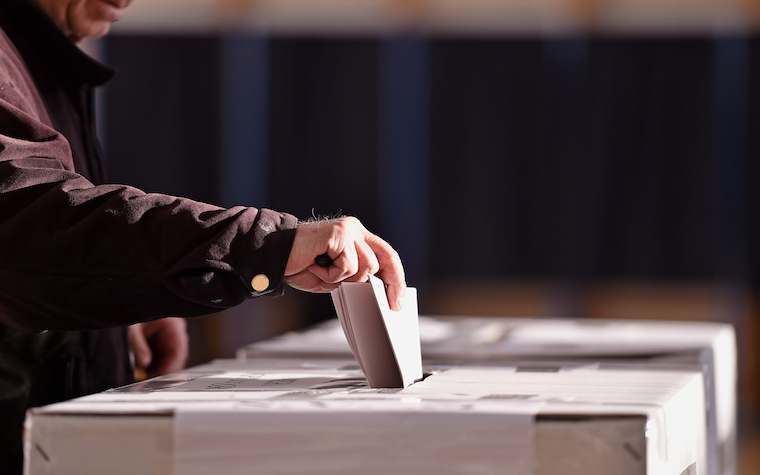 “The progressive income tax hike will unquestionably hurt the economy,” Yost said. “They aren’t solving the root cause of the problem. They will still be spending more money than we have, the pension problem will continue to grow exponentially, and more families and employers will leave, shrinking the tax base even more. That’s the recipe for economic disaster.”

On Facebook, Yost also thanked the voters who turned out to support him.

Chris Kasperski, an Army veteran and former campaign manager for state Sen. Christopher Wilcox, will challenge incumbent Democrat Melinda Bush of Grayslake in state Senate District 31 in November. The district comprises much of central and northeastern Lake County, stretching to the Wisconsin border.

Kasperski, of Lindenhurst, provided three key messages of his campaign on Ballotpedia:

- “Illinoisans share the most substantial tax burden in the nation. It is causing a mass movement of families and businesses to flee the state. We must work to make Illinois a place worth living instead of worth leaving.”

- “The corruption in Illinois has damaged the state's reputation. We need new representation that will not prop up the leadership that has allowed public corruption to go unchecked.”

- “Illinois does not have a revenue problem; the state has a spending problem. We must prioritize spending and balance the budget without the budgetary gimmicks that cause deficits.”

Kasperski recently spoke with the Gazette about his opposition to Pritzker policies on law enforcement.

According to Bos’ campaign website, his platform focuses on:

- “Trusting our families to make informed decisions, not politicians.”

“Most will agree, Illinois needs to change. But change will not come from the state or the same old political systems,” Bos said. “It is up to us, working together, create stronger families and better local communities.”

Ballotready.org shows Bos is a manager with Guardian Sales and Supply in Mundelein and has served as a pastor at local churches.

- “Government must be lean; only large enough to do its duty to we the people.”

- “Government must be clean; transparent and, most important, accountable to we the people.”

- “Government must be local; the power of control over we the people must rest either in our hands or the level of government closest to us based on the need for control.”

Walsh also mentioned K-12 education as one of his key public policy interests. He said hopes to serve on that education committee if elected.

Want to get notified whenever we write about Illinois Republican Party ?

Sign-up Next time we write about Illinois Republican Party, we'll email you a link to the story. You may edit your settings or unsubscribe at any time.