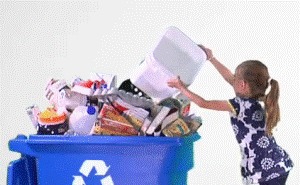 The Village of Round Lake Beach Council convened 7 p.m. Jan. 11 with a call to order and a sufficient quorum to proceed.

After the Pledge, the agenda was approved as presented.

The board approved meeting minutes from Dec. 14, 2015, along with expenditures in the amount of $1,266,812.93. With no ratifications presented for consideration or clerk’s report, the meeting proceeded to reports from the standing committees.

A SWALCO report revealed five local locations for electronics drop-off. In addition, it was determined that household chemical waste collection can be done by appointment and pharmaceuticals and sharps can be recycled at the police department during business hours.

Clothing, textiles and shoes can also be recycled.

In new business, the board approved three resolutions, including an agreement with Robert W. Baird & Company Inc., a capital expenditure reimbursement by the Village of Round Lake Beach and an ordinance providing for general obligation bonds, Series 2016, not to exceed $7,900,000.

With no public participation session, the board went into Executive Session at 7:18 p.m., returning to open session at 7:41 p.m. with no actions taken on items. The meeting was adjourned at 7:44 p.m.