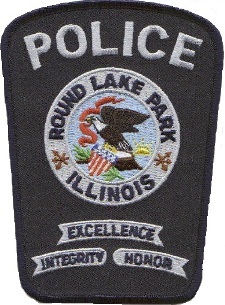 From union labor and uniforms to oaths of office and ordinances, the Village of Round Lake Beach Council covered much ground at its 7:12 p.m. Dec. 14, 2015, meeting.

Following the Pledge of Allegiance, the trustees unanimously approved both the agenda and the minutes from the previous meeting of Nov. 23, 2015. Additionally, the trustees approved expenditures in the amount of $2,067,182.57.

In Standing Committee Reports, Mount noted that household chemical waste collections are by appointment only at the Estes Street facility. A SWALCO report revealed five local locations for electronics drop-off; pharmaceuticals and sharps can be recycled at the police department during business hours. Clothing, textiles and shoes can also be recycled.

In the Mayor’s Report, two new police officers were sworn in: Dan Kaiser and Tim Goodwin took their oaths of office with Clerk Cleveland.

In new business, an ordinance providing for the 2015 levy of taxes for the Village of Round Lake Beach was approved and to be collected in 2016.

Three resolutions were approved authorizing contracts, including Blue Cross/Blue Shield of Illinois, to purchase a specific property in the Village of Round Lake Beach and for a line of credit with State Bank of the Lakes.

An ordinance approving the Illinois Public Risk Fund Pooling Agreement was carried, and resolutions for a contract with Aramark Uniform Services and an amendment for meter reading services were passed. Ordinances regarding school day parking requirements, the village curfew, and permits and inspection fees were also passed.

A Collective Bargaining Agreement with AFSCME Local #347 was approved. With no public participation or executive session, the meeting was adjourned at 7:40 p.m.