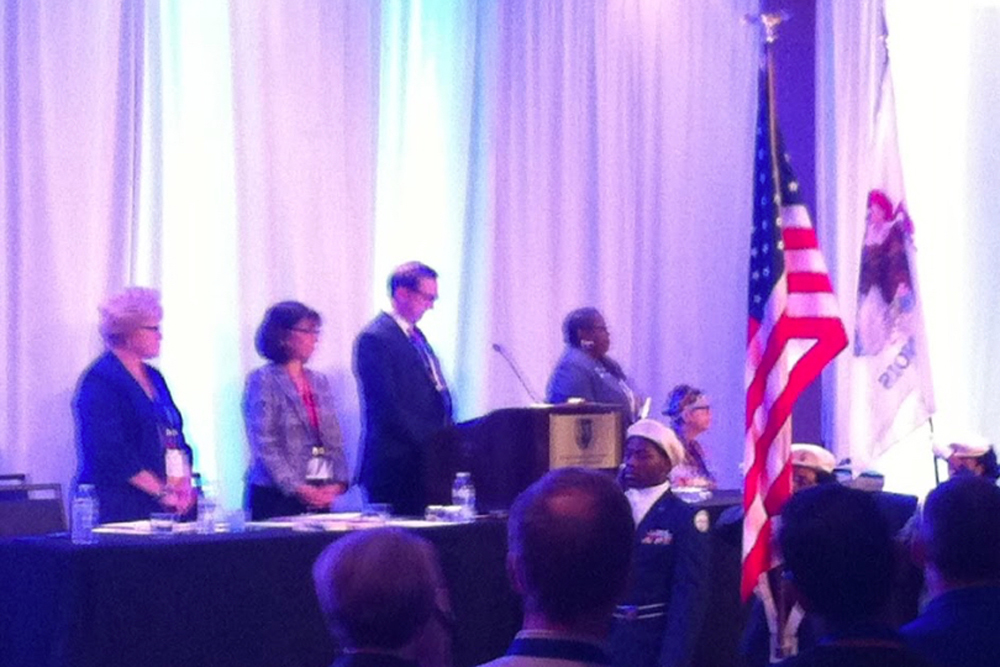 Days after reaching a “tentative contract” with the Chicago Public Schools that averted another threatened teacher’s strike, Chicago Teacher’s Union (CTU) leader Karen Lewis led a personal strike of her own, refusing to honor the United States of America by standing during its national anthem.

Lewis did so Saturday at the 2016 Illinois Federation of Teachers (IFT) Convention in Downtown St. Louis. As "The Star-Spangled Banner" played to kick off the day’s events, her fellow union leaders on the dais stood including IFT President Dan Montgomery.

But Lewis, sitting to the left of the speaker’s podium facing the American Flag and a color guard unit, sat in protest.

The Illinois Education Association is the state’s largest teacher’s union, with 130,000 members.